Even though I live in a mid-sized city, I feel right at home in a much larger one. At least a couple times a year I make it my mission to spend some time in a big, diverse city, and Toronto fits the bill perfectly. It’s larger than I initially thought, as it’s actually the 4th largest city in North America, after Mexico City, New York City, and L.A. Toronto is also a truly international city. Walk down the street and you’ll hear a plethora of different languages and accents. Here were some of my favorite things in T.O. 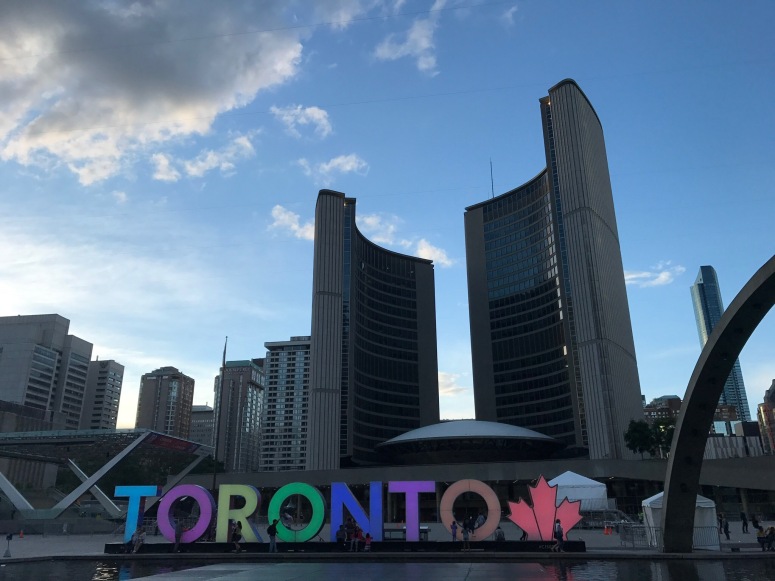 Before the trip, I calculated whether or not it would be worth buying a Toronto City Pass. I knew I wanted to see Casa Loma and the CN Tower, which would have been about the same cost as a City Pass purchased during an online sale. I jumped on the deal, and was then was able to visit Ripley’s Aquarium and the Royal Ontario Museum without additional cost. Though they’re touristy, I actually felt that all four of these sites were worth a visit.

Casa Loma has been referred to as “the only historic castle in North America.” It was owned by Henry Pellatt, an entrepreneur who brought hydro-electricity to the area, only to become bankrupt after bad investments later. Though there’s a fair amount of memorabilia from the Queen’s Own Rifles of Canada (for which Pellatt was a commanding officer), I thought the most interesting history behind this citadel is that it may have housed “Station M,” a training facility for spies. Plan on spending at least a half day exploring the castle, stables, gardens, towers, and underground tunnels, as well as a few small exhibits. You can also watch a short film in the room that Pellatt had planned to make into a swimming pool before he ran out of funds.

Also, a crazy number of movies have been filmed at Casa Loma, such as the X-Men Series, Chicago, Scott Pilgram vs. the World, and Harry Potter and the Deathly Hollows, just to name a few. The movie posters are on display in the castle, along with a reel showing some of the most noteworthy scenes filmed there. 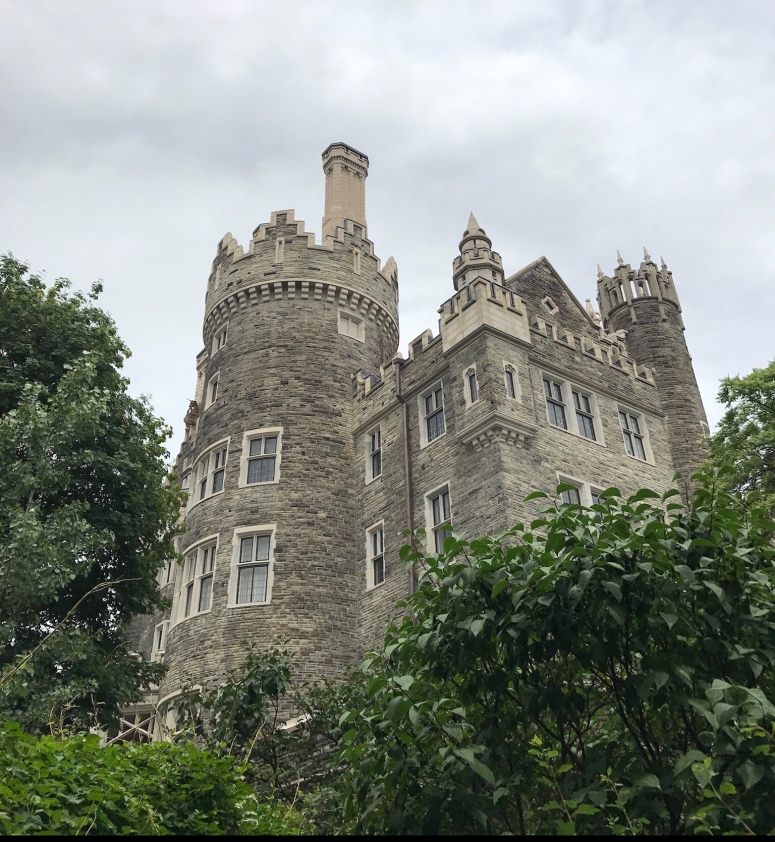 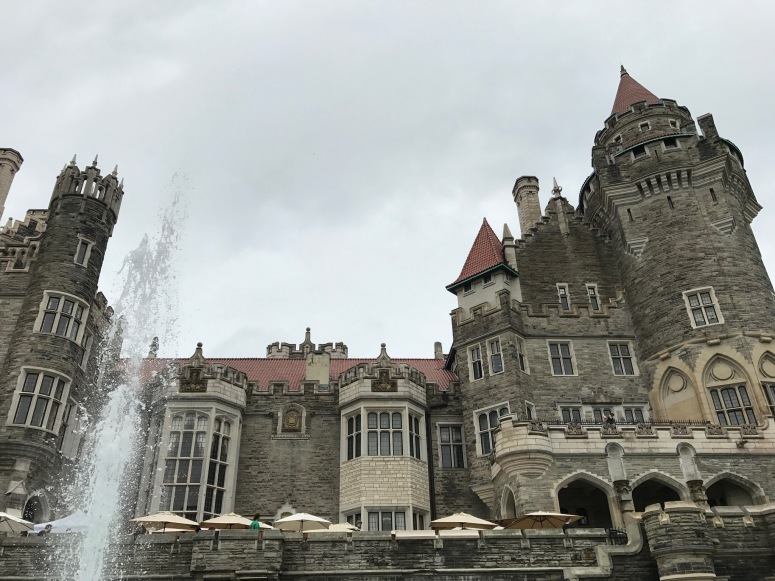 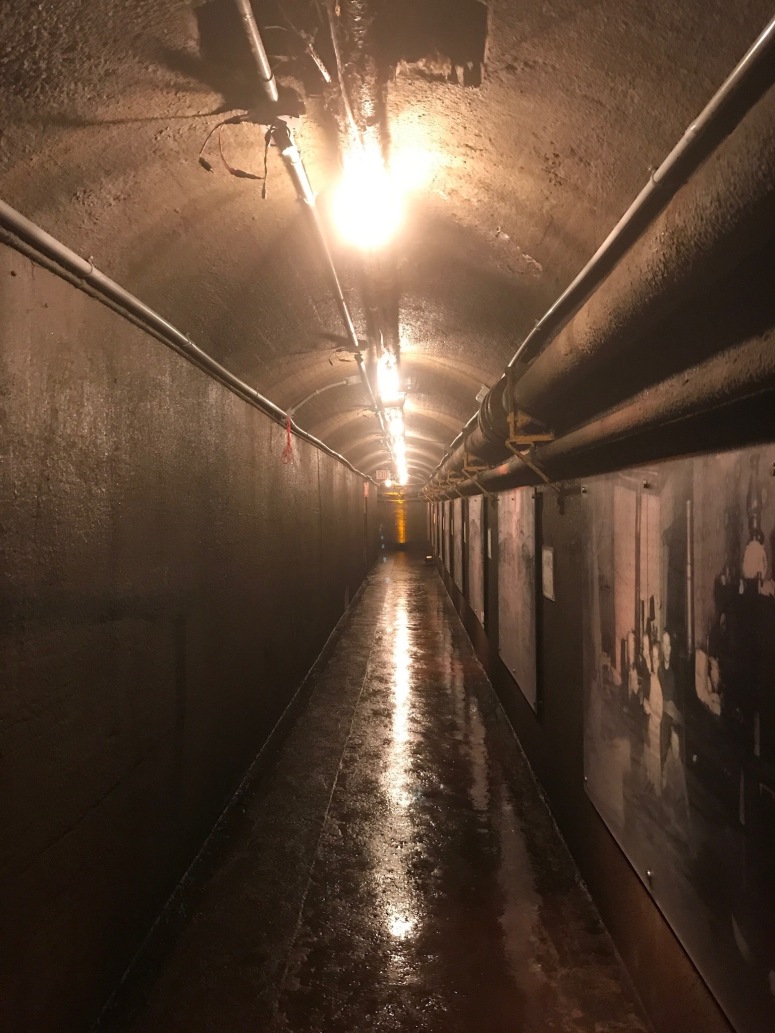 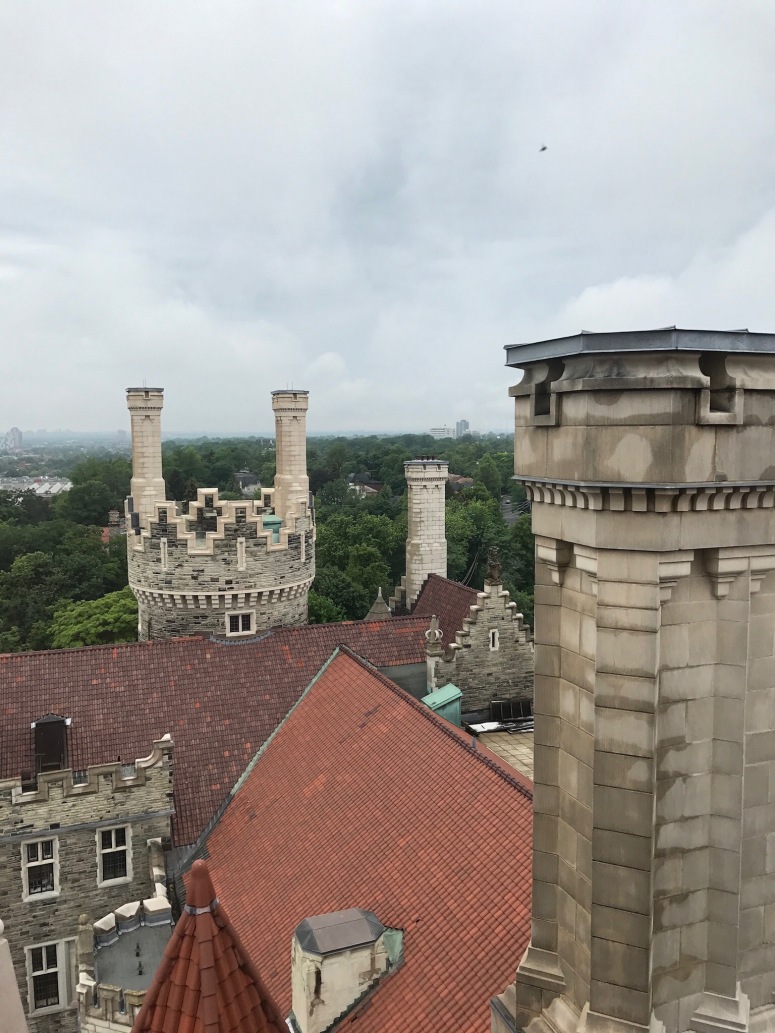 CN TowerThe CN Tower is probably the most noteworthy landmark in Toronto, and as one of the tallest towers in the world, it really shouldn’t be missed. It has floor to ceiling windows on the observation deck, as well as a glass floor on which you can take a couple selfies and look down at the aquarium and other buildings below. With that said, this is sort of a “one and done” attraction. I can’t see returning unless I decide to do the Edgewalk, where you put on a harness and hang back off the edge of the tower. 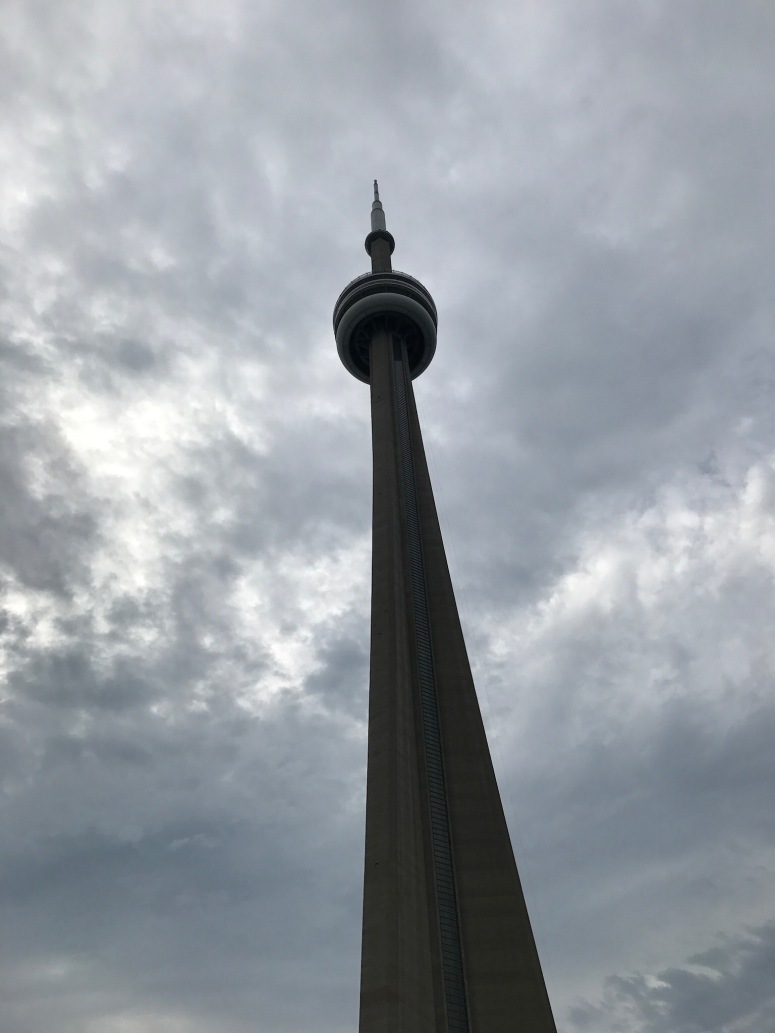 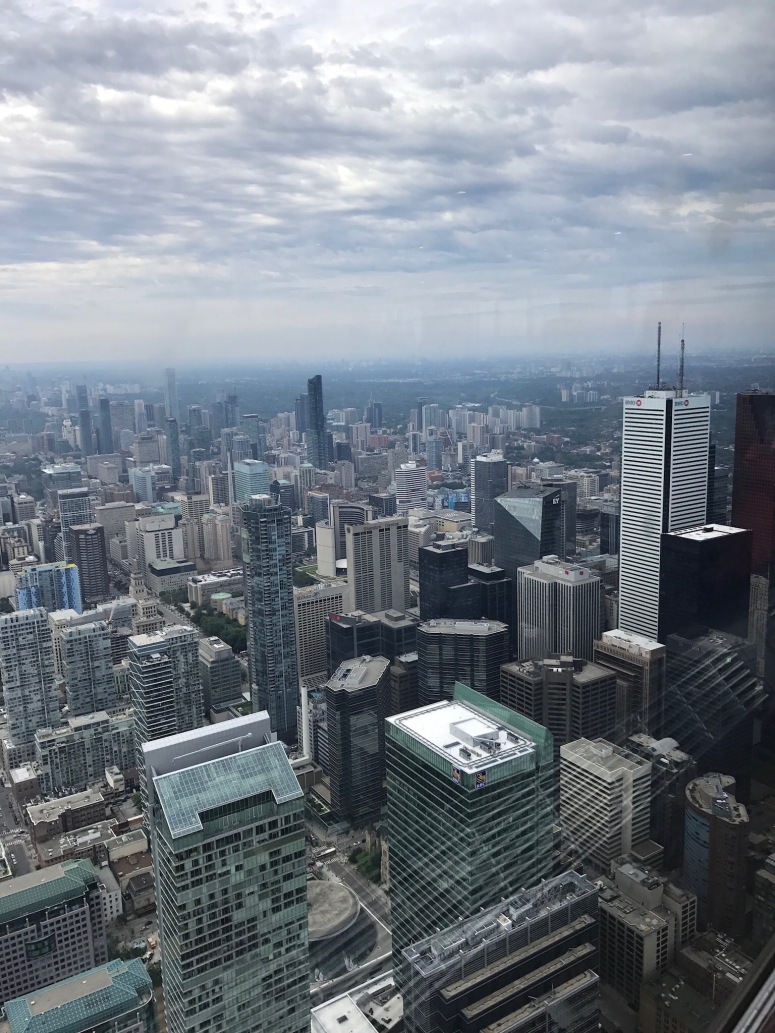 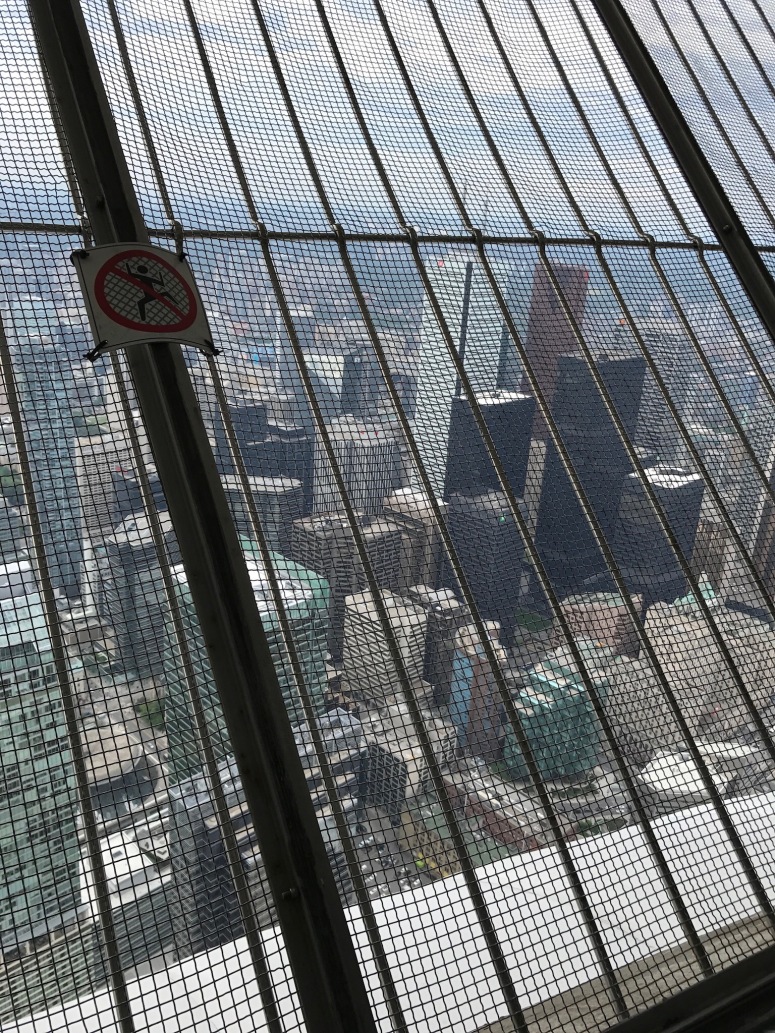 Ripley’s AquariumLet me be clear that I would not spend $33 on an adult pass to this aquarium, but I did thoroughly enjoy the experience since I considered it “free” with my City Pass. Allot a couple hours to work your way through this attraction. Along the way, you’ll see sea anemones, jellyfish, sting rays, and other sea life before the experience culminates with a trip through a tunnel in which sharks swim overhead. There are also stations where you can touch small sharks or rays. 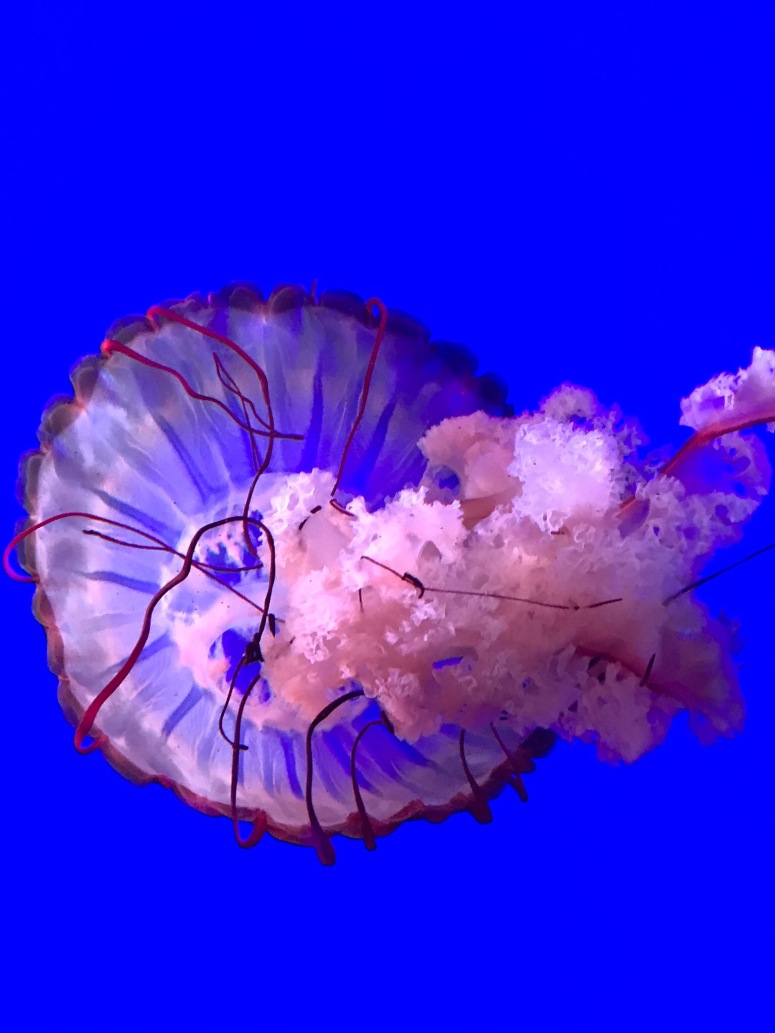 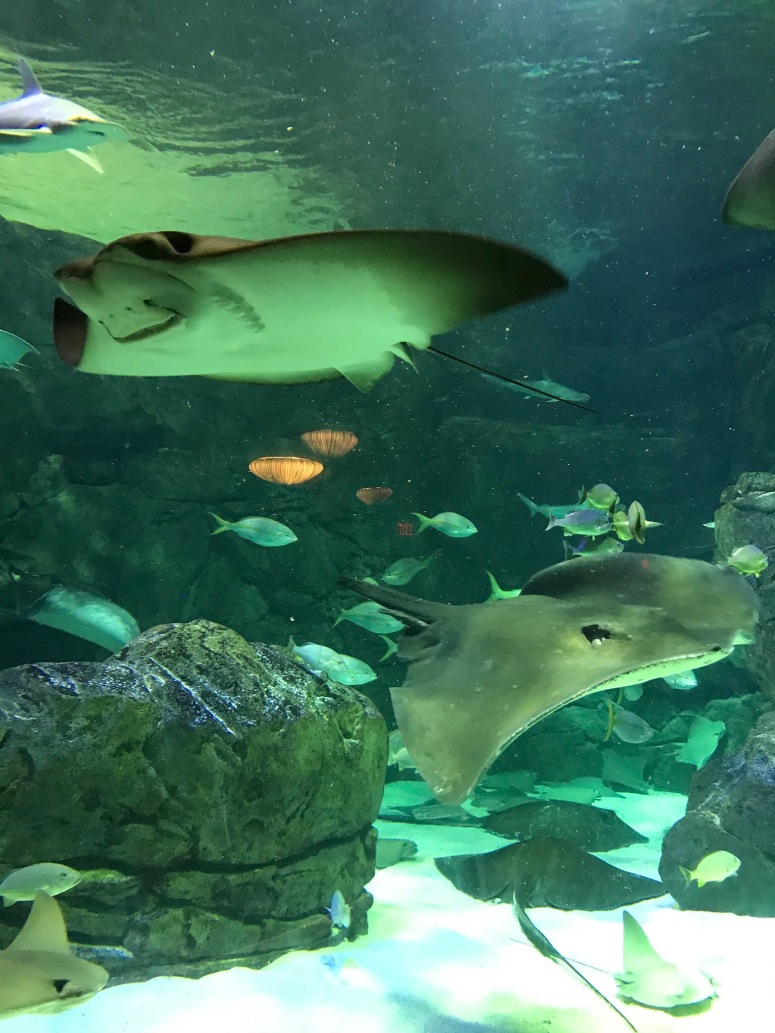 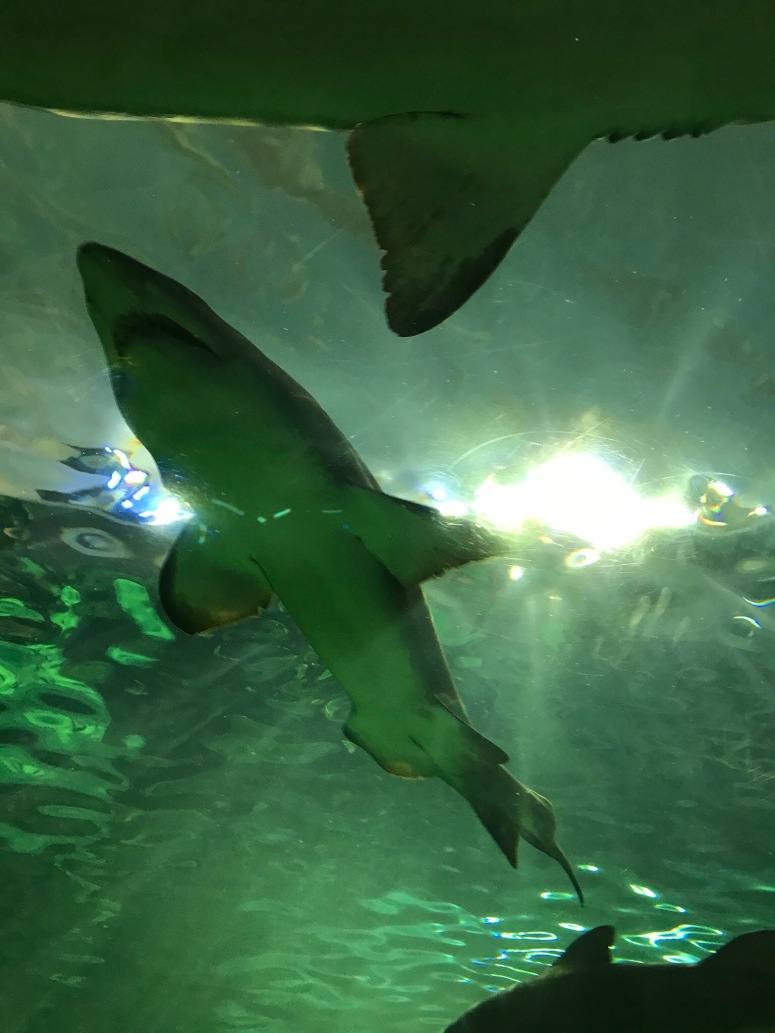 After the tourist trap of the CN Tower and Ripley’s Aquarium, you’ll be ready for a mellow walk around the University of Toronto campus, which houses the ROM. This is the largest museum in Canada and one of the largest in North America. It’s like a Smithsonian but with a wide variety of content all in the same building. Some of my favorites were the “Earth’s Treasures” of gems and minerals, Egyptian mummies, Chinese temple art, and a special exhibit with the heart and bones of the elusive Blue Whale. Since I only had about four hours at the ROM (believe me- you could spend all day), I also took advantage of a couple free tours that meet in the lobby. The tours showed some highlights of the museum, along with a handful of stories that you wouldn’t find on the museum placards. 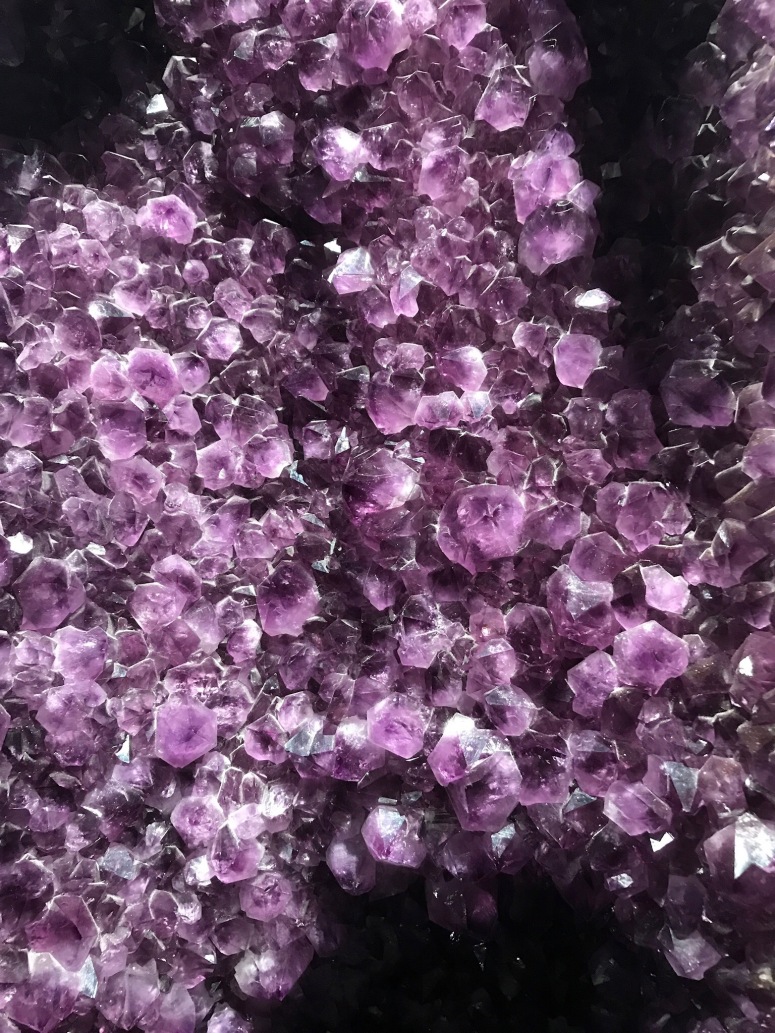 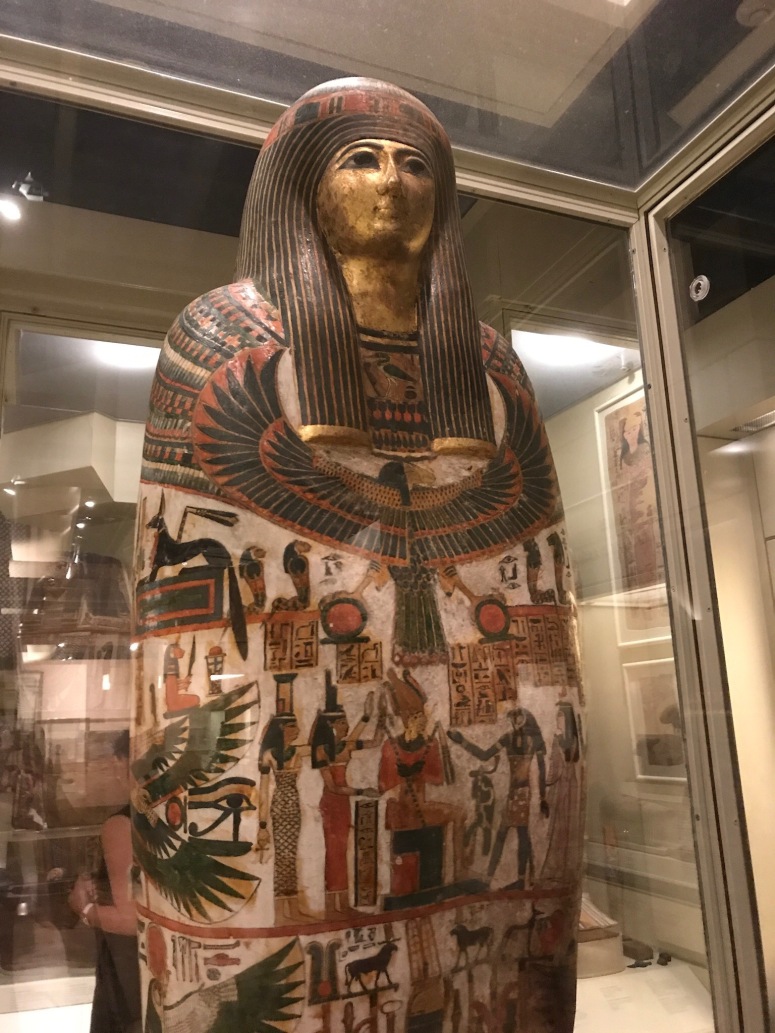 I managed to make good use of the City Pass and even had a couple leftover passes that I left for my Airbnb host. The pass may not be worth it for everyone, but it’s certainly worth taking a look. Passes are valid for 9 days following their first use.

Of course, what’s a trip to a big city without finding some hidden gems and restaurants primarily filled with locals? Here were some of my favorite under-the-radar places:

This all-vegan burger joint served one of my favorite meals of the trip: a vegan burger, fries, and peanut butter chocolate shake with tons of coconut whipped cream. 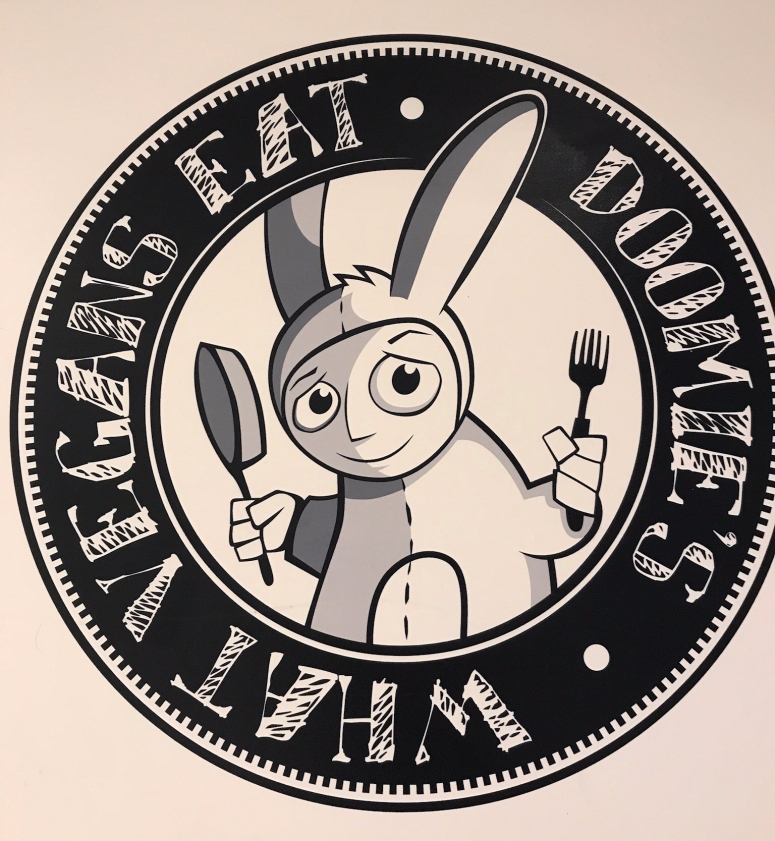 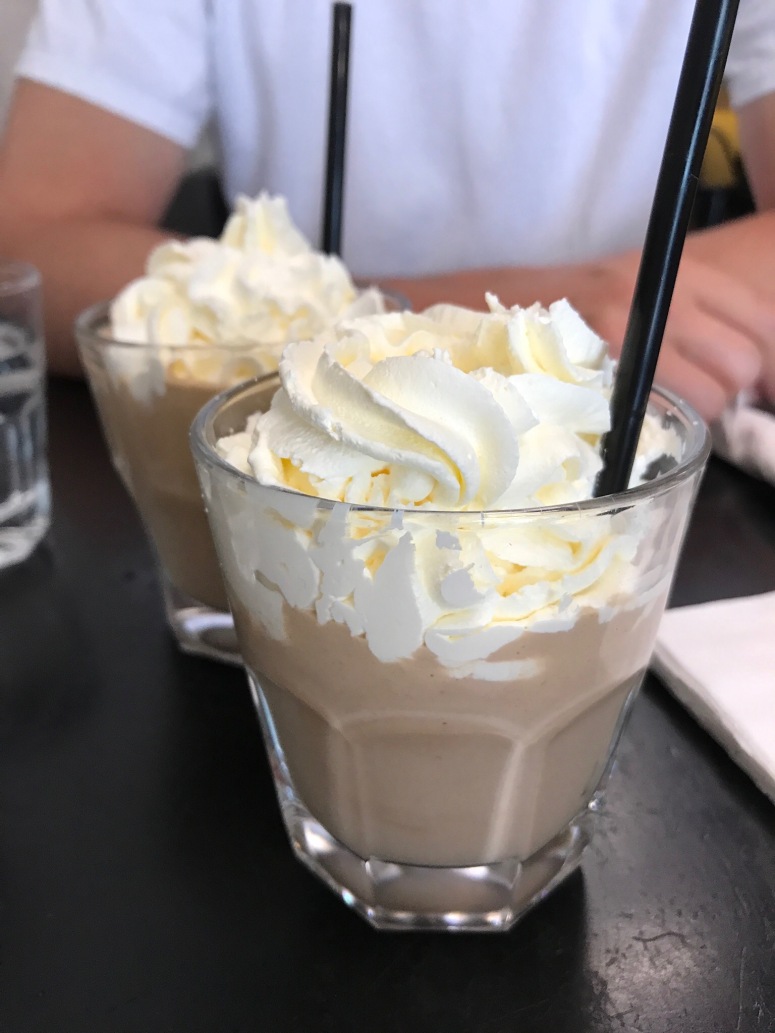 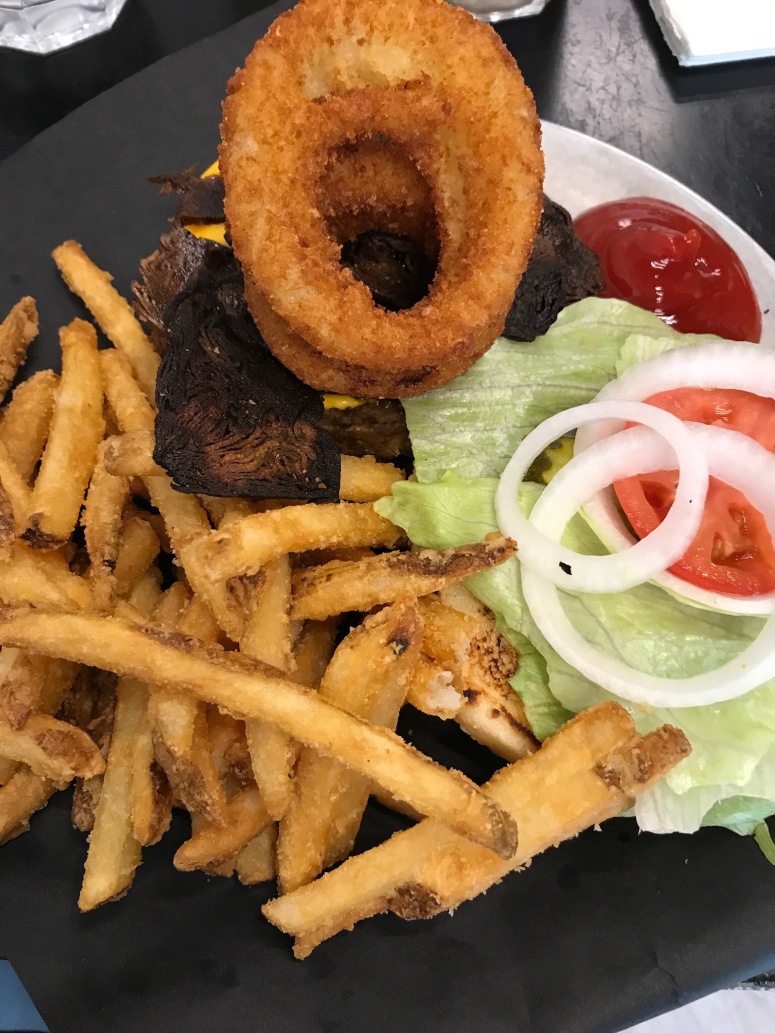 This vegan store on Queen Street is just a hop, skip & a jump from Doomie’s. It’s great for those into vegan high fashion, or shopping for a gift. If nothing else, make sure to take your picture by the “All vegan everything sign” on the way out. 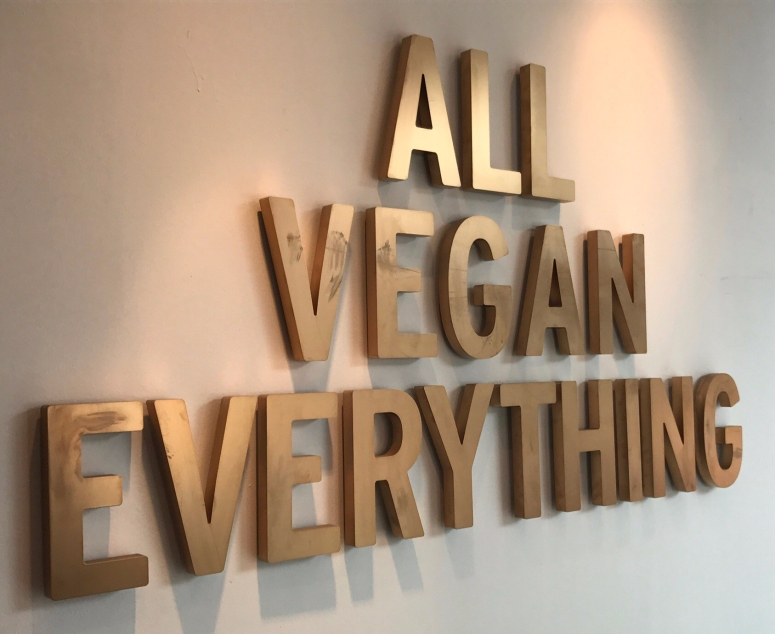 The intersection of Queen Street West and Spadina will put you at the start of Graffiti Alley, where you can see alleyway after alleyway of full length graffiti art. This unique pit stop is at the top of my Toronto “to do” list. Go at a time when the light is good because you’ll want to take lots of photos! 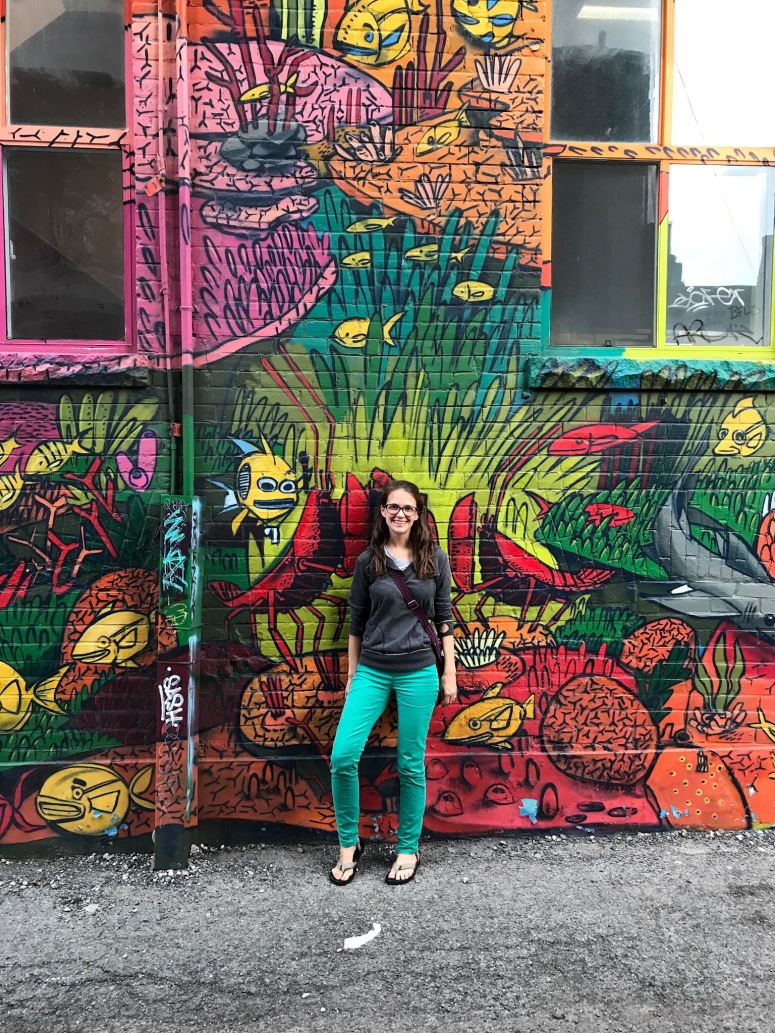 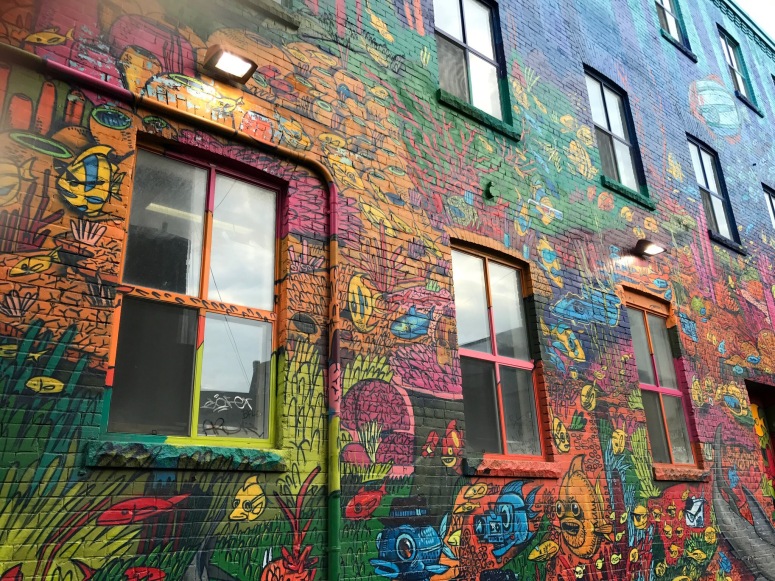 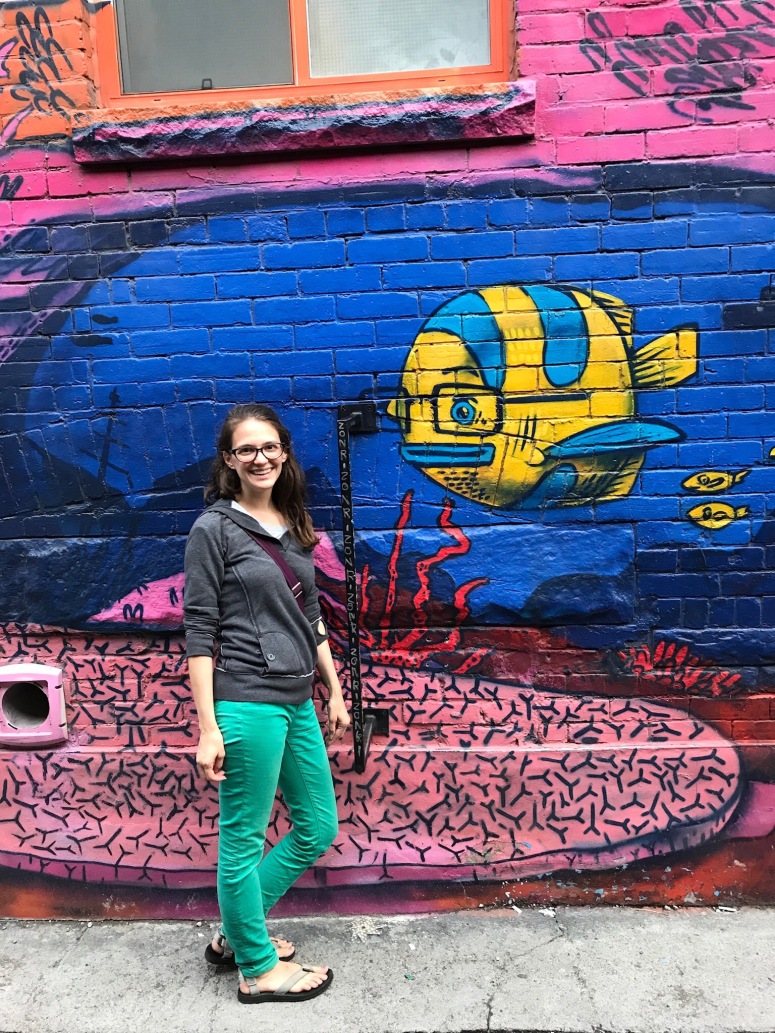 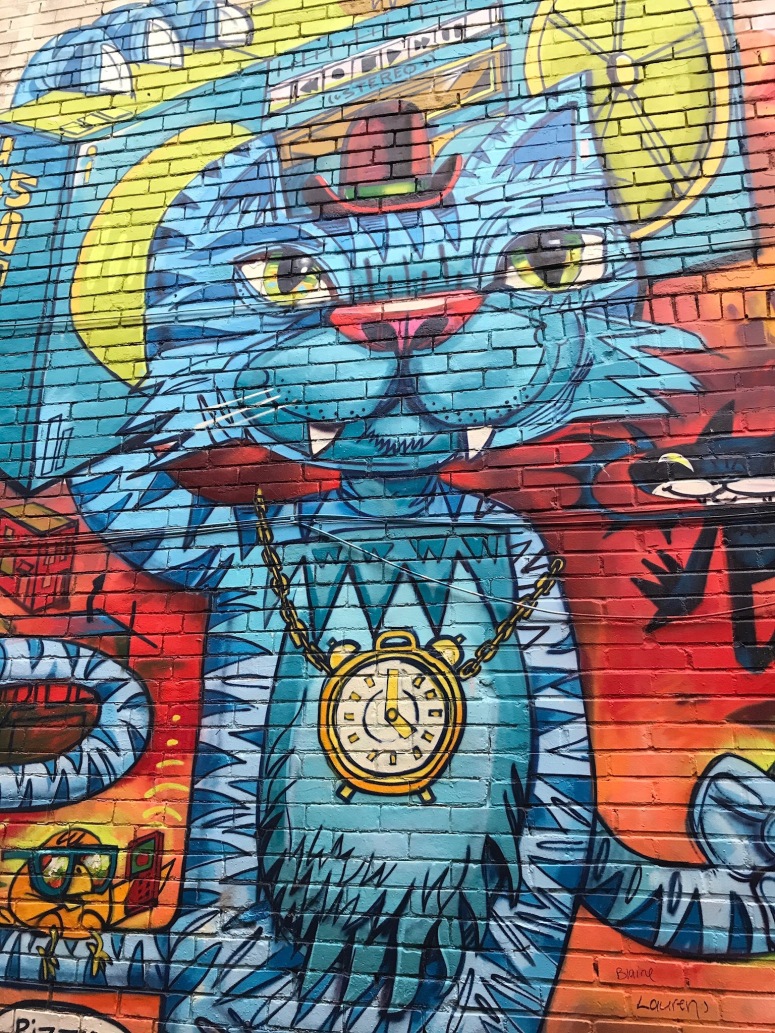 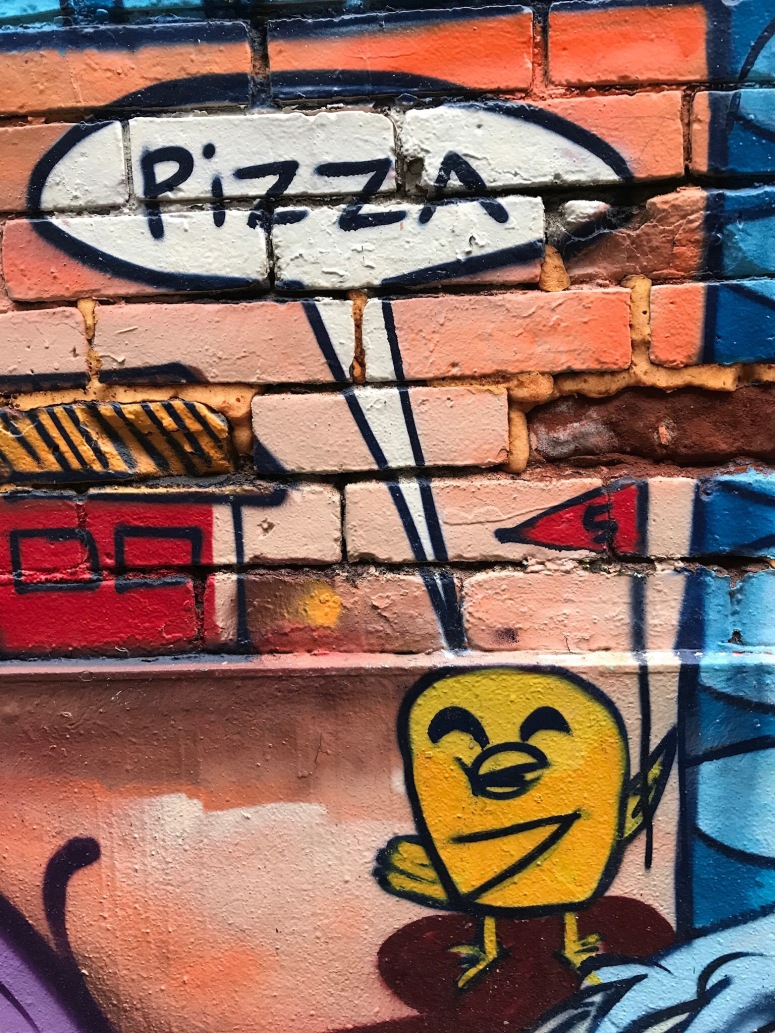 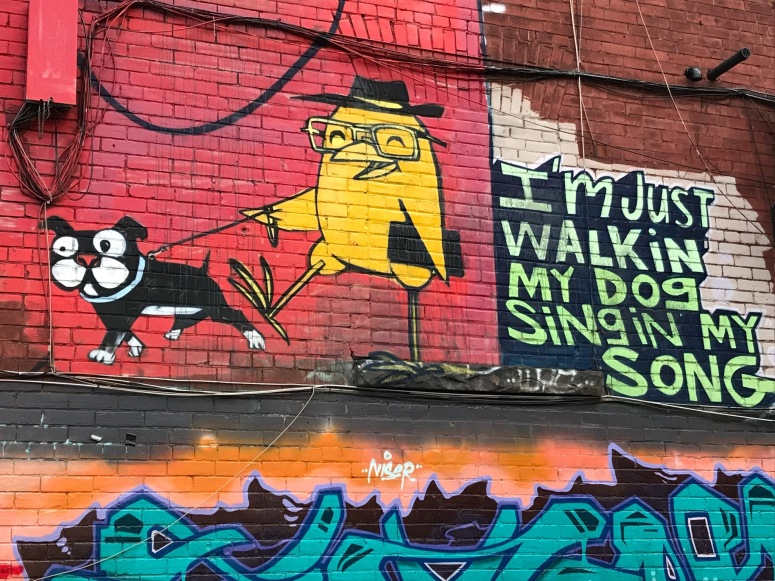 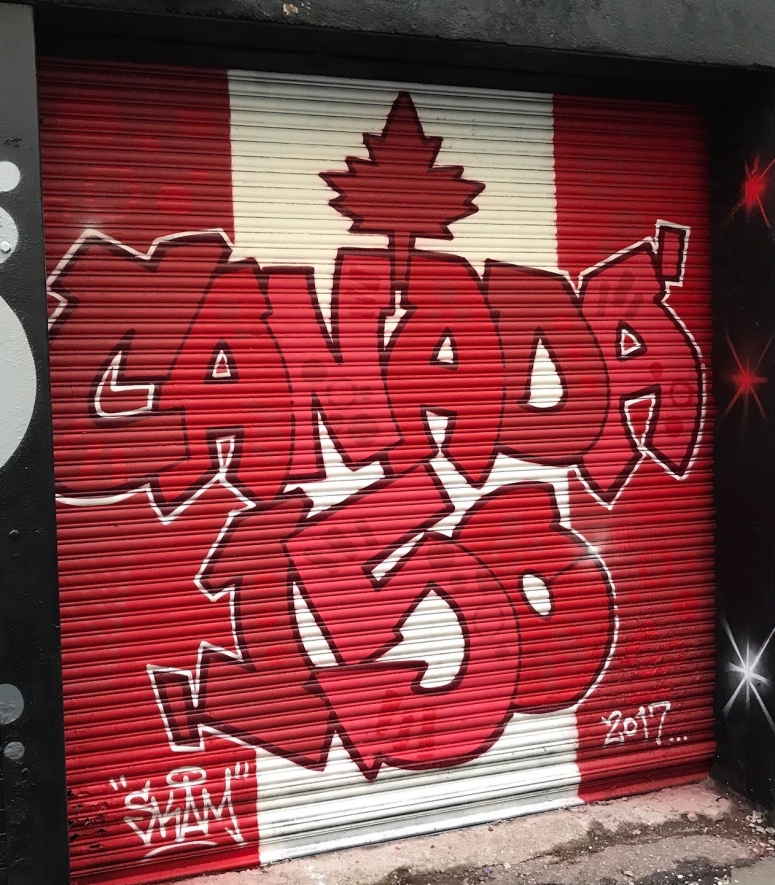 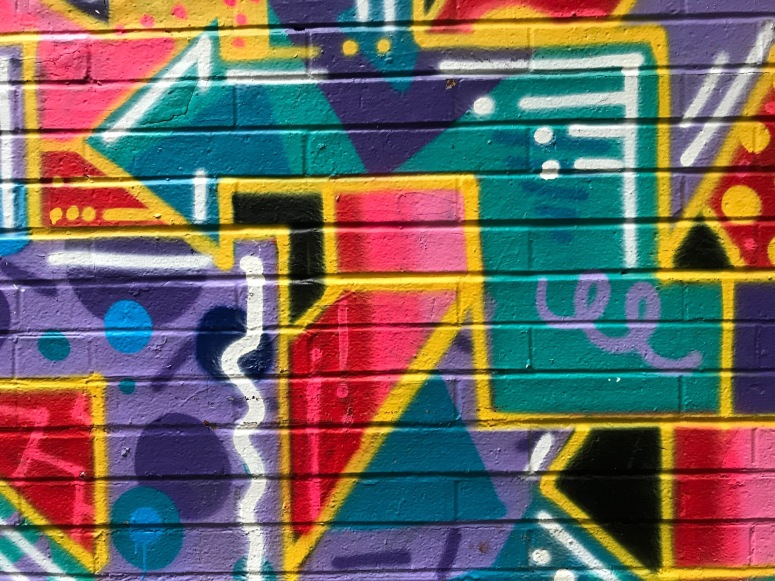 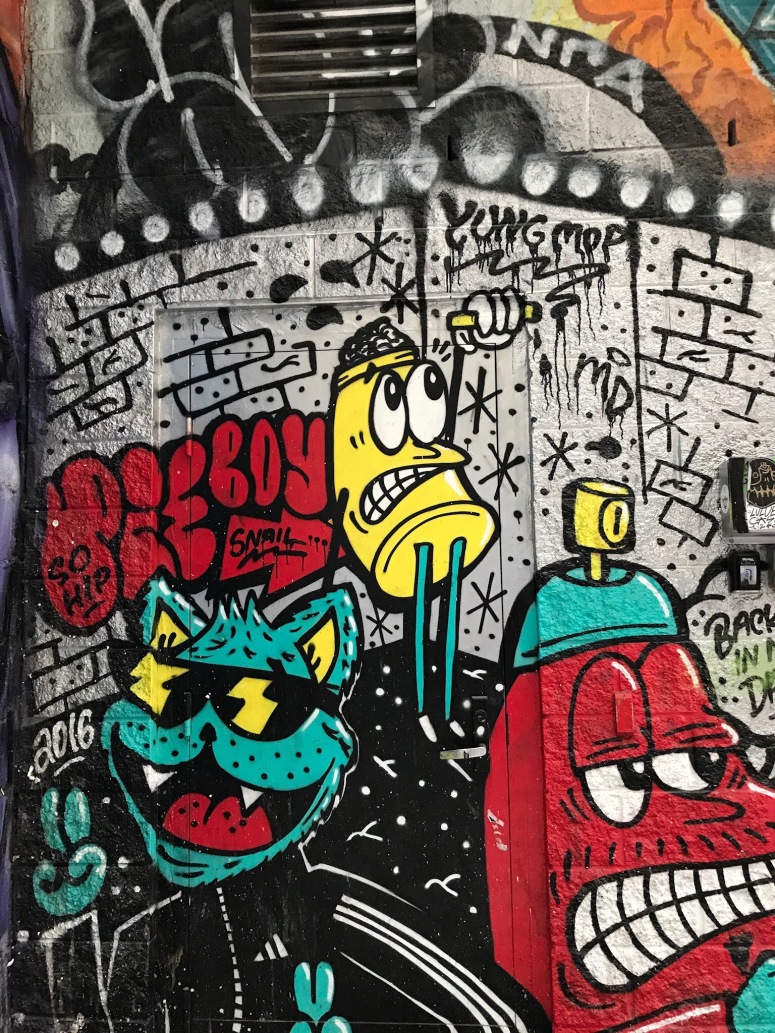 This is the only place I’ve ever eaten a vegan omelette, and it was fantastic. They also offer “brunch punch,” a boozy pineapple drink that can pass as a morning beverage, and a mean vegan Ceasar (aka a Bloody Mary). 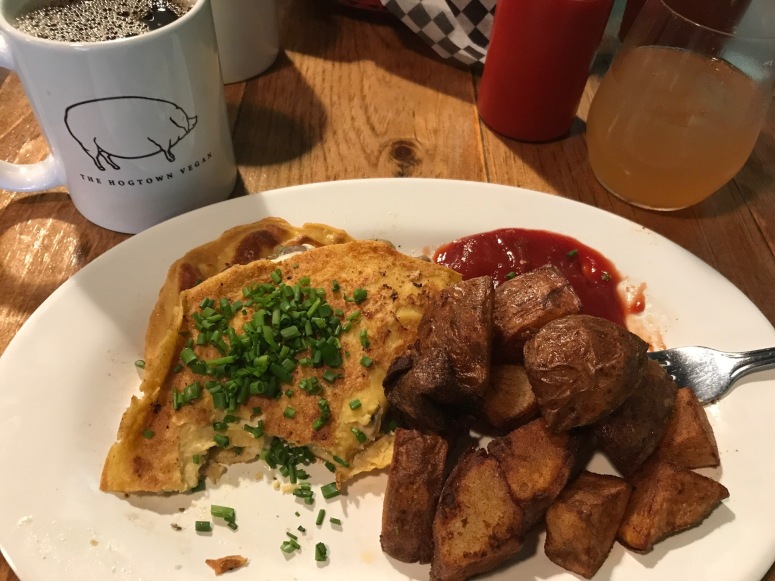 I had high hopes of exploring Toronto Island, which is car-free and accessible by ferry. Though I’ve heard wonderful things about it (including that it has some of the best views of the skyline), turns out the whole island was closed as of July, 2017 due to severe flooding in the region. I’m hoping Toronto recovers from the flooding soon and that Toronto Island can be part of my next visit!

The subway in Toronto is both faster and lower-stress than attempting to drive. I stayed at a great Airbnb in High Park near the Dundas West station, which made getting around a breeze. You can either purchase tokens for individual rides, or buy a re-loadable Presto Pass for $20. Just tell the attendant which you prefer.

Which Toronto attraction sounds most interesting to you? Tell me in the comments below! 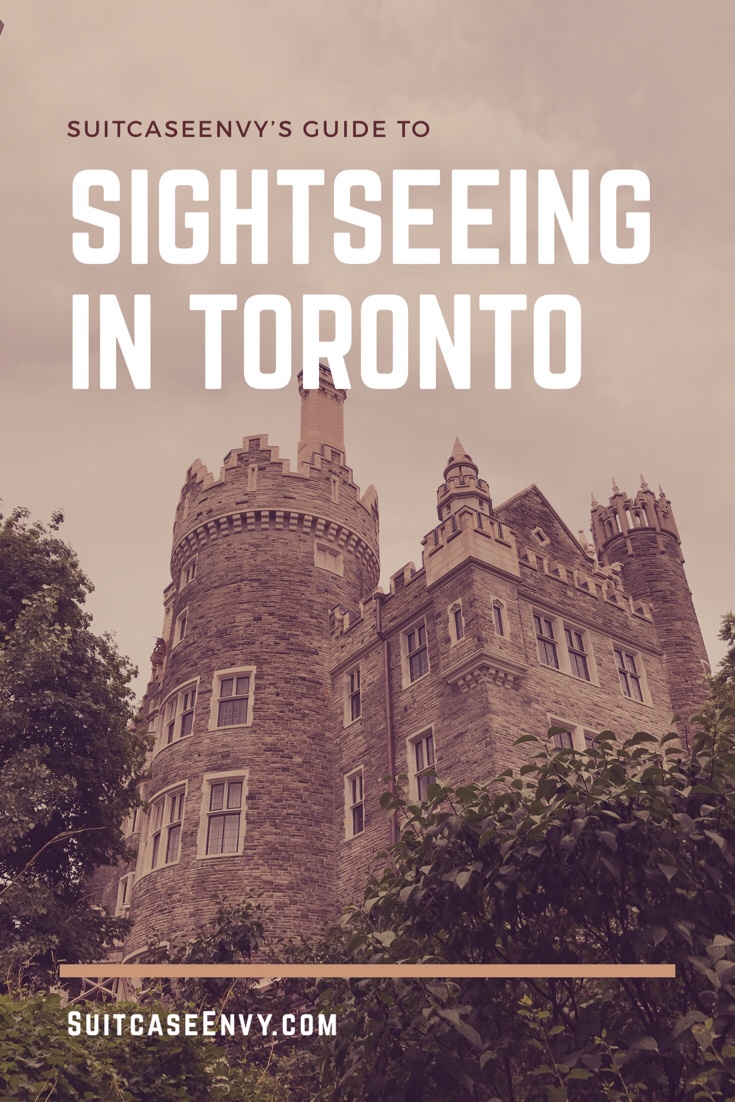 3 thoughts on “Toronto: My Sightseeing In This International City”