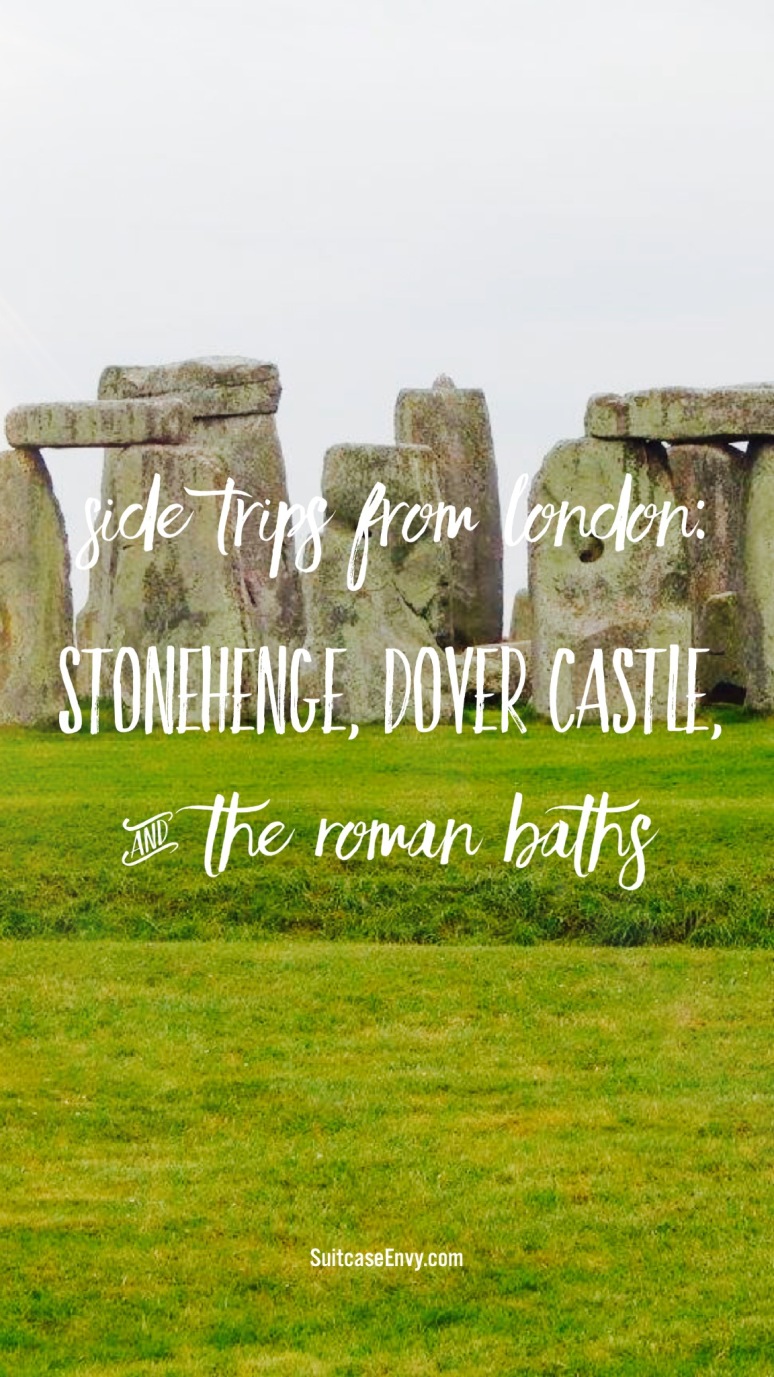 One thing I’ve quickly learned about international travel is that the side-trips outside of the city are often my favorite. While staying in London, my friend Alicia and I went on a few day trips: Windsor Castle, Stonehenge and the Roman Baths, and Dover Castle. Since we didn’t find Windsor Castle particularly impressive compared to the others we’d been to in the area (so many castles, so little time), this post focuses on the latter destinations.

If taking a day trip from London, it makes sense to check out Stonehenge and the Roman Baths on the same day. The Roman Baths are some of the oldest and best preserved in the world, dating back to around 60 AD. To go to the Roman Baths first, take the 90-minute train ride from Paddington Station to Bath Spa Station. From there, it’s just an easy 5-minute walk. For £15.50, you can walk through and see the ruins of a number of thermal baths. You can’t swim in or even touch the water, though you will be able to taste some that has gone through some sort of treatment process at the end of your trip. This portion of the trip takes about 1-2 hours depending on how much time you’d like to spend looking at ancient Roman artifacts at the museum, but I recommend going early so you can explore more of Bath as well (particularly if you’re interested in shopping). Also, they offer torch-lit evenings at the baths complete with dinner. Find out more here: https://www.romanbaths.co.uk/events/torchlit-summer-evenings 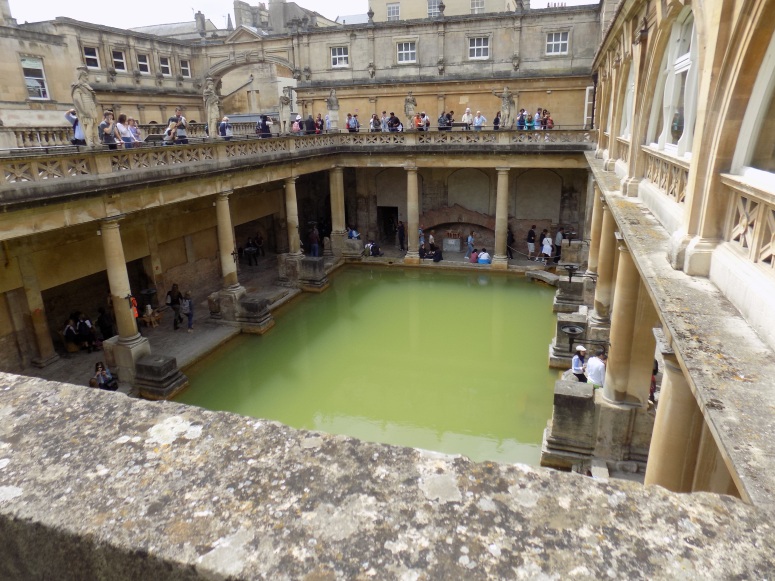 Curses people wrote after their clothing was stolen at the baths: 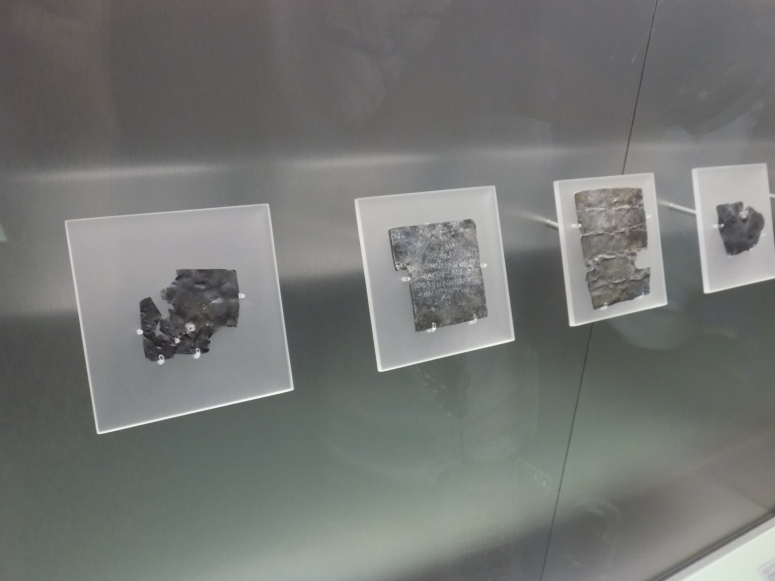 To go to Stonehenge next, take the train from the Bath Spa station to Salisbury (this takes about an hour). From Salisbury, you can take this double-decker bus to Stonehenge and/or Old Sarum for £14: http://www.thestonehengetour.info/route. Sit on the top level in the front and you’ll feel like you’re on Mr. Toad’s Wild Ride. Stonehenge itself is fenced off so no one can go right up to it; given the crowds, this probably allows for better views anyway. I was able to get a number of pictures of Stonehenge without people in it, even during peak time.

On a separate day, you can take the train from Victoria Station in London to Dover Priory Station to get to Dover Castle (about a 90 minute ride). You can theoretically walk to Dover Castle from the train station but it looked like quite the uphill trek. I recommend taking a taxi up for about 5 pounds and later walking back down. Also known as the “Key to England,” the castle is absolutely breathtaking and is beautifully situated on the English Channel across from France. You can wander around in the underground tunnels (perhaps without even seeing other tourists), go up into lookouts, and take guided tours of the underground hospital and tunnels used during WWII. Before you leave, take a gander through the castle gift shop; I got a great art print of the castle for only 8 pounds.

Light coming into one of the tunnels:

If you choose to walk down from the castle, you can take a series of staircases and paths to the rocky beach of the English Channel. This is definitely worth the time, and as long as the weather is decent you’ll be able to see some of the white cliffs of Dover. We tried to take one of the boat tours offered for better views of the cliffs but it was too windy that day; maybe someday I’ll go back…

Lastly, before your trip, look into getting an English Heritage Overseas Visitor Pass. If you’re traveling with two people or more, you’re likely to save money even if you just go to a couple of English Heritage sites. For us, the cost of the heritage pass was £52, whereas we would have spent about £67 on the combination of Stonehenge (£15.50 each) and Dover Castle (£18.30 each). You also get a gigantic book that tells you about all the many English Heritage sites you can visit with the pass.

One thought on “Side trips from London: Stonehenge, Dover Castle, & the Roman Baths”